A woman's age is not her story 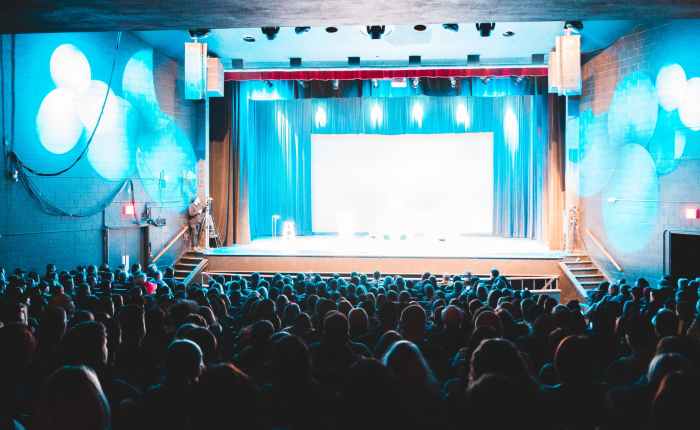 The assembly of spectators. We have all been a part of an audience. If you are like me, maybe a thousand times or more. There is nothing more exciting for me than sitting in a packed theatre (pre-Covid) experiencing whatever unfolds on the screen, with strangers around me. At that moment in time we are all connected. We are all there for a similar purpose, maybe to be entertained, or to learn something new, or to be taken away from our day to day routine. Without audience where would films be? How would we, as filmmakers, know if our creation proved its point or evoked the emotion we felt?

When creating Beyond Sixty we assembled a couple of small focus groups to test our ideas and get feedback as to what could be improved upon. Even though the film was not complete it needed an audience. And, different audiences gave different feedback, all thought provoking and very helpful.

Once the film was completed I spent a year screening it for audiences at eight film festivals around the country. Some audiences were very small and some were sold out. By the end of the festival run, I confirmed that there were spots in the film where everyone laughed and then spots where they became emotional. They were experiencing the same feelings I had when I first interviewed the women for Beyond Sixty. They confirmed with their comments that storytelling is important and we can learn a great deal from the stories we listen to.

There is something safe, maybe a little warm and fuzzy about film festival audiences. They seem to be a very positive and forgiving group, highly supportive of independent film and the creators. I often felt I had a bit of a leg up on the competition, being a first time filmmaker and an older woman. Were they easier on me because of my status?

If you are a documentary filmmaker you likely make films for yourself. Films that resonate deeply with you in some way. There is always the question as to whether your creation will draw an audience. I have yet to meet a Documentary filmmaker that says they are in it for the money. They all, however, hope for kindred audiences. Whenever I doubted my film’s ability to interest and inspire people I was bolstered by the comments of a new audience member.

When the dozens of new audience members, all unknown to each other and me, had the same or very similar reactions to the film, they began to confirm the validity of the messages I was trying to capture.

The audience for Beyond Sixty has just shifted and we are about to find out how the film will resonate outside of the focus group and festival cocoon. Anxiety producing? A little.

Beyond Sixty was picked up by Rolling Pictures and Gravitas Ventures at the end of 2020 and was released for public viewing on April 6th. Since that date it has been available to rent or purchase On Demand and on most streaming platforms. The BluRay and DVD can also be purchased through Amazon. I have to wait patiently, for months, to find out how many people are watching it.

As the audience grows, I am most excited about the number of groups showing an interest in having its members watch the film and then organize a zoom meeting with me for Q&A afterward . In the near future, we hope to add one or more of the women from the film to the discussion to offer a more robust experience. So far we have interest from book clubs, film clubs, library groups and senior organizations. I am looking forward to a group meeting tonight. It is a fantastic way to connect with this new audience.

If you know of a group that may be interested let me know and I can walk through the options with them.

Thank you for being my forgiving, encouraging and loyal audience throughout this journey. Enjoy the show!